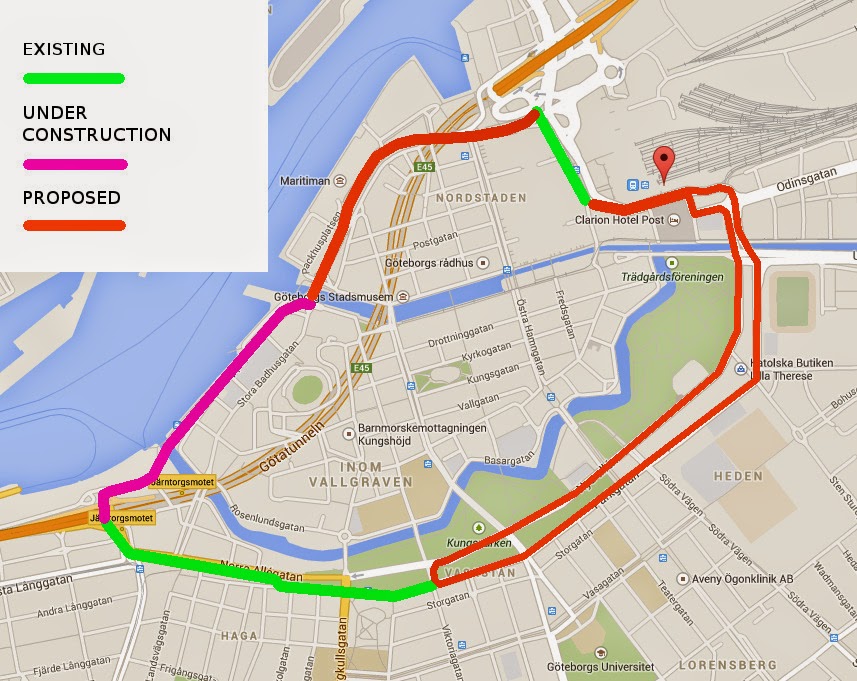 Base from Google maps
Here is an even less ambitious and expensive way of achieving most of the benefits of Västlänken, the principal aim of which is to improve access to the west side of the city centre. A circular route in both directions, it incorporates some existing tram route, part of a section currently under construction, and about 3km of new route, all on the surface. The most expensive piece of civil engineering would involve replacing or supplementing the bridge over the canal at Skeppbron. With just two additional stops, one outside the Opera House and the other where it crosses Avenyn, close to Heden, it would give a fast route from Järntorget and Haga to the Central Station.

Test the demand first
One of the advantages of this proposal is that the travel demand could be tested at minimal cost, and satisfied without having to wait until 2028, by the simple expedient of running a bus service on the route, initially at rush hours only. In fact, one has to ask why this has never been done? Where is the demand?
Posted by Physiocrat at 12:44

What is the alternative to high speed rail?

In short: integrated transport to make journeys as seamless as possible.